In the early days of the Internet, the World Wide Web consisted only of web sites. These were essentially information repositories containing static documents, and web browsers were invented as a means of retrieving and displaying those documents, as shown in Figure. The flow of interesting information was one-way, from server to browser. Most sites did not authenticate users, because there was no need to — each user was treated in the same way and presented with the same information. Any security threats arising from hosting a web site related largely to vulnerabilities in web server software (of which there were many). If an attacker compromised a web server, he would not normally gain access to any sensitive information, because the information held on the server was already open to public view. Rather, an attacker would typically modify the files on the server to deface the web site’s contents, or use the server’s storage and bandwidth to distribute “warez.” 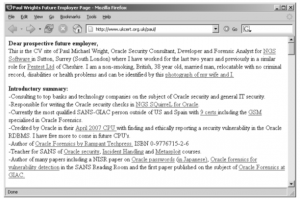 Today, the World Wide Web is almost unrecognizable from its earlier form. The majority of sites on the web are in fact applications (see Figure 1-2). They are highly functional, and rely upon two-way flow of information between the
server and browser. They support registration and login, financial transactions, search, and the authoring of content by users. The content presented to users is generated dynamically on the fly, and is often tailored to each specific user. Much of the information processed is private and highly sensitive. Security is therefore a big issue: no one wants to use a web application if they believe their information will be disclosed to unauthorized parties.

Web applications bring with them new and significant security threats. Each application is different and may contain unique vulnerabilities. Most applications are developed in-house, and many by developers who have little understanding of the security problems that may arise in the code they are producing. To deliver their core functionality, web applications normally require connectivity to internal computer systems that contain highly sensitive data and are able to perform powerful business functions. Ten years ago, if you wanted to make a funds transfer, you visited your bank and someone performed it for you; today, you can visit their web application and perform it yourself. An attacker who compromises a web application may be able to steal personal information, carry out financial fraud, and perform malicious actions against other users. 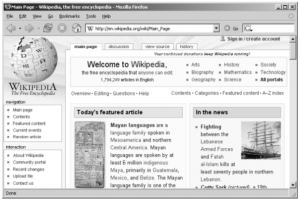 Web applications have been created to perform practically every useful function one could possibly implement online. Examples of web application functions that have risen to prominence in recent years include:
■ Shopping (Amazon)
■ Social networking (MySpace)

In addition to the public Internet, web applications have been widely adopted inside organizations to perform key business functions, including accessing HR services and managing company resources. They are also frequently used to provide an administrative interface to hardware devices such as printers, and other software such as web servers and intrusion detection systems.

The time is fast approaching when the only client software that most computer users will need is a web browser. A hugely diverse range of functions will have been implemented using a shared set of protocols and technologies, and in so doing will have inherited a distinctive range of common security vulnerabilities.

It is not difficult to see why web applications have enjoyed such a dramatic rise to prominence. Several technical factors have worked alongside the obvious commercial incentives to drive the revolution that has occurred in the way
we use the Internet:

■HTTP, the core communications protocol used to access the World WideWeb, is lightweight and connectionless. This provides resilience in the event of communication errors and avoids the need for the server to hold open a network connection to every user as was the case in many legacy client-server applications. HTTP can also be proxied and tunneled over other protocols, allowing for secure communication in any network configuration.

■ Every web user already has a browser installed on their computer. Web applications deploy their user interface dynamically to the browser, avoiding the need to distribute and manage separate client software, as was the case with pre-web applications. Changes to the interface only need to be implemented once, on the server, and take  effect immediately.

■ Today’s browsers are highly functional, enabling rich and satisfying user interfaces to be built. Web interfaces use standard navigational and input controls that are immediately familiar to users, avoiding the need to learn how each individual application functions. Client-side scripting enables applications to push part of their processing to the client side, and browsers’ capabilities can be extended in arbitrary ways using thick-client components where necessary.

■ The core technologies and languages used to develop web applications are relatively simple. A wide range of platforms and development tools are available to facilitate the development of powerful applications by relative beginners, and a large quantity of open source code and other resources is available for incorporation into custom-built applications.