History of email and When the first email sent 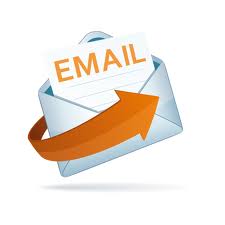 Networking
September 18, 2020 eduguru History of email and When the first email sent

History of email and When the first email sent

Email entered limited use in the 1960s, but users could only send to users of the same computer, and some early email systems required the author and the recipient to both be online simultaneously, similar to instant messaging.

Ray Tomlinson is credited as the inventor of email; in 1971, he developed the first system able to send mail between users on different hosts across the ARPANET, using the @ sign to link the user name with a destination server.

By the mid-1970s, this was the form recognized as email.

The first example of email can be found on computers at MIT in a program called “MAILBOX”, all the way back in 1965.

Users of MIT computers could leave messages with this program on computers at the university for other users, who would see the messages the next time they logged on to the computer.

The system was quite effective, but only if the people wishing to communicate with each other were regularly using the same computer.

In 1969, the US Department of Defense implemented ARPANET (Advanced Research Projects Agency Network), a network connecting numerous computers across the department for the purpose of communication within the organisation.

On October 29th 1969, the first message was sent from computer to computer on ARPANET.

Standard histories of the Internet are full of claims that certain individuals (and teams) in the ARPAnet environment and other large companies in the 1970s and 1980s “invented email.” For example, the familiar “@” sign, early programs for sending and receiving messages, and technical specifications known as RFCs, are examples of such false claims to “email”. Prior to the creation of EMAIL, there was no intention to create email, e.g. to emulate the interoffice, inter-organizational mail system.
The fact show as late as December 1977 one claimant by his own admission stated “At this time, no attempt is being made to emulate a full-scale, inter-organizational mail system.” As another fact shows, by the claimants own admission, in the mid 1960’s, the developers of early text messaging systems were dissuaded from even attempting to create a digital version of the now familiar “letter” or memo. This claimant, now seeking to consider his invention “email”, by his own admission has shared the following statement “The idea of sending letters …was resisted by management, as a waste of resources.”
Sending text messages electronically could be said to date back to the Morse code telegraph of the mid 1800s; or the 1939 World’s Fair where IBM sent a message of congratulations from San Francisco to New York on an IBM radio-type, calling it a “high-speed substitute for mail service in the world of tomorrow.” The original text message, electronic transfer of content or images, ARPANET messaging, and even the “@“ sign were used in primitive electronic communication systems. While the technology pioneers who created these systems should be heralded for their efforts, and given credit for their specific accomplishments and contributions, these early computer programs were clearly not email.
The early message transaction developments allowed one user to transact an electronic text message with another user. Such communication was command driven and hence was only used by technical people who knew how to craft the cryptic code to send a message between two people. This was electronic text messaging, and not an email system, a system of interlocking parts, each of which is essential for ordinary people to communicate effectively with one or many others, in an environment where different kinds of information must be shared (memos, documents, files, etc.) i.e. the modern office environment. Early electronic messaging systems allowed multiple users on one computer to leave each other messages, like a yellow sticky note.
One user could leave a message by appending that message to a file, that was owned and accessible by the user, similar to having a notepad where people write notes to each other at the bottom, as a way for multiple users of a time-sharing mainframe computer to communicate. The exact history is not clear. But according to some people, among the first systems to have such a facility were SDC’s Q32 and MIT’s CTSS. This capability was quickly extended to become network electronic messaging, allowing users to pass messages between different computers. The early history of network electronic messaging is equally unclear. According to others, AUTODIN system may have been the first allowing electronic text messages to be transferred between users on different computers in 1966, but it is possible the SAGE system had something similar some time before.[xi]
The first text messaging system, it appears, was developed by Tom Van Vleck and Noel Morris in CTSS at MIT for sending messages. This was before Ray Tomlinson’s development, which rightly makes Van Vleck characterize it as “exaggerating” to say Tomlinson “invented email”. Early electronic messaging was just a small advance on what we know these days as a file directory – it just put a message in another user’s directory in a spot where they could see it when they logged in — simple as that. Just like leaving a note on someone’s desk.[viii]
So while electronic mail transactions via file transfers on a single computer and across a computers (network electronic messaging) existed before 1978, they were hardly an email system, per the definition of email. Many components, beyond just being able to transfer messages across computers were necessary to build an email system.

1961 – Early message transactions through file sharing by Tom Van Vleck. MIT developed CTSS (Compatible Time Sharing System). Users passed messages using files on a central server. One user could log in to create a file and another user would open that file and read the message.

1965 – The SNDMSG program was created to allow one user to leave an electronic message to another user by appending to a file.

1966 – AUTODIN and SAGE allow electronic text messages to be transferred between users on different computers.

1969 – UCLA introduces Internet to the public

1971 – Ray Tomlinson offers features similar to AUTODIN and SAGE for sending TEXT messages across multiple computers, in his own implementation by copying CPYNET code into SNDMSG using @ symbol to indicate recipient.

1971 – Larry Roberts writes RD at ARPA to list incoming messages and support forwarding, filing, and responding to them.

1972 – Commands MAIL and MLFL were added to the FTP program (RFC 385) to provide standard network transport capabilities for email transmission. FTP sent a separate copy of each email to each recipient.

1974 – Telnet is introduced as the first Internet Service Provider

1977-1978 – Crocker followed Dave Farber to the University of Delaware, where they took on a project for the U.S. Army Materiel Command (AMC) to develop a capability to relay electronic messages over dial-up telephone lines for sites that couldn’t connect directly to the ARPANET.