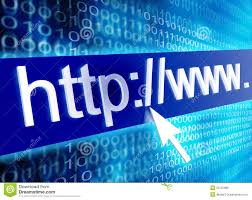 In July 1992, Tim Berners-Lee introduced a new Internet protocol, the Hypertext Transfer Protocol (HTTP), to improve the efficiency of document retrieval on the World Wide Web.

HTTP is based on the concept of hypertext, a term coined by information theorist Ted Nelson. Its origins can be traced to Vannevar Bush’s utopian vision for a “memex” (memory extender) system. Bush described this concept to the public in a 1945 Atlantic Monthly magazine article entitled “As We May Think.” He imagined a tool for expanding human memory, through which all paper records and communications would be miniaturized and stored on microfilm. Through bookmarks, a memex machine could quickly access data in ways that mimicked the human mind: an associative trial that created a linear sequence of microfilm frames through stored codes, rather than a static indexing system. These trails would be individually generated, yet could be shared among other memex users, creating maps through massive quantities of data.

In 1965, Ted Nelson presented a paper at the Association for Computing Machinery proposing a system of “hypertext.” He wanted to build a writing system in which documents or different versions of the same document could be linked together in a non-linear way.

Nelson’s ideas came to the attention of a Tim Berners-Lee, a researcher at the European Organization for Particle Research (CERN), in the 1980s. Building a particle accelerator was an incredibly complicated mission, and Berners-Lee was concerned that the several thousand people working on the project were failing to share information across groups and pass on information to new hires. “The actual observed working structure of the organization,” he wrote in a 1989 memorandum to a CERN supervisor, “is a multiply connected ‘web’ whose interconnections evolve with time.” But as people moved in and out of the system, institutional memory deteriorated. “CERN is a model in miniature of the rest of world in a few years time. CERN meets now some problems which the rest of the world will have to face soon.”

He proposed the creation of a linked information system, in which a web of references would replace a fixed hierarchal storage system. In place of information “trees” or keywords, he wanted to implement a system similar to the “Enquire” program he wrote in 1980 to manage software. “To find information, one progressed via the links from one sheet to another,” he wrote in the 1989 memorandum, “rather like in the old computer game ‘adventure.’”

Berners-Lee was soon leading a team to develop what he dubbed the “WorldWideWeb” project. Hypertext was the method he applied to connect data available on the Internet, and the transfer protocol HTTP was developed to exchange or transfer this hypertext. Web browsers (clients) would submit a request to the server through HTTP. The server would respond by providing files in Hypertext Markup Language (HTML).

Berners-Lee continued to refine this structure through the early-1990s as founder of the World Wide Web Consortium. He made the web scalable and in the public domain, allowing other programmers to develop sites within the system’s open architecture.

http 400 BAD REQUEST
For any query or issue, feel free to discuss on http://discuss.eduguru.in