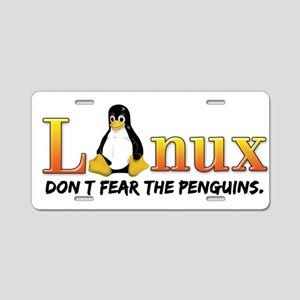 Freeware is not public domain software or FOSS. It is proprietary software that you can use without paying a license cost. However, the often strict license terms need to be respected. Examples of freeware are Adobe Reader, Skype and Command and Conquer: Tiberian Sun (this game was sold as proprietary in 1999 and is since 2011 available as freeware).

Recently, the term free and open source software or FOSS has arisen as a neutral alternative. A lesser-used variant is free/libre/open source software (FLOSS), which uses libre to clarify the meaning of free as in freedom rather than as in at no charge.

Examples of free software are gcc, MySQL and gimp.

Detailed information about the four freedoms can be found here:

The open source definition can be found at:

The above definition is based on the Debian Free Software Guidelines available here:

More and more software is being released under the GNU GPL (in 2006 Java was released under the GPL). This license (v2 and v3) is the main license endorsed by the Free Software Foundation. It’s main characteristic is the copyleft principle. This means that everyone in the chain of consecutive users, in return for the right of use that is assigned, needs to distribute the improvements he makes to the software and his derivative works under the same conditions to other users, if he chooses to distribute such improvements or derivative works. In other words, software which incorporates GNU GPL software, needs to be distributed in turn as GNU GPL software (or compatible, see below). It is not possible to incorporate copyright protected parts of GNU GPL software in a proprietary licensed work. The GPL has been upheld in court.

You can use GPLv3 software almost without any conditions. If you solely run the software you even don’t have to accept the terms of the GPLv3. However, any other use – such as modifying or distributing the software – implies acceptance.

You create output with GPLv3 software: The GPLv3 does not automatically apply to the output.

There are several versions of the original Berkeley Distribution License. The most common one is the 3-clause license (“New BSD License” or “Modified BSD License”).

This is a permissive free software license. The license places minimal restrictions on how the software can be redistributed. This is in contrast to copyleft licenses such as the GPLv. 3 discussed above, which have a copyleft mechanism.

This difference is of less importance when you merely use the software, but kicks in when you start redistributing verbatim copies of the software or your own modified versions.

FOSS or not, there are many kind of licenses on software. You should read and understand them before using any software.

When you use several sources or wishes to redistribute your software under a different license, you need to verify whether all licenses are compatible. Some FOSS licenses (such as BSD) are compatible with proprietary licenses, but most are not. If you detect a license incompatibility, you must contact the author to negotiate different license conditions or refrain from using the incompatible software.

LINUX DISTRIBUTIONS
For any query or issue, feel free to discuss on http://discuss.eduguru.in