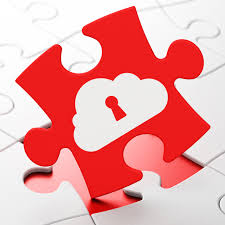 Is our data Safe on Cloud?

Many people are scrambling to increase online security after the news of PRISM, a surveillance program that grants the NSA access to users’ data on at least nine major websites, leaked last week.

But there’s one major roadblock to hiding online data. As web users, we are helplessly — almost laughably — devoted to the cloud. A 2012 IHS iSuppli report predicts that by 2017, 1.3 billion online users will subscribe to cloud services. Our files, photos and financial records are all connected to a cloud overlord, and users are beginning to voice their concerns.

There’ve been many cases in the last few years where systems were pushed out to the public cloud and brought back in-house later on.Zynga is the poster child: It moved a ton of systems to Amazon Web Services, then pulled much of it back.

Like Zynga, many businesses are finding it better to own and maintain their own hardware. Why? They can operate private clouds at the same or lower costs than public clouds. Or they already purchased a pile of services and need to use amortize those investments through their productive lives. The security and privacy argument may come into play as well.

The path to understanding if your data and applications should stay is via a simple analysis of costs projections around where you are now and where you intend to go. Make sure to model for the use of public clouds, looking for positive effects on both cost efficacy and agility. Then, model what happens if systems stay put or are deployed on new hardware and software that you purchase. Unless there is a business case for using public clouds, don’t go there.

Companies who are small, have financial issue are moving to cloud services. But if you think about the privacy of customer’s data, you will never put your business on cloud.

VOIP Expert: More than 8 years of experience in Asterisk Development and Call Center operation Management. Unique Combination of Skill Set as IT, Analytics and operation management.