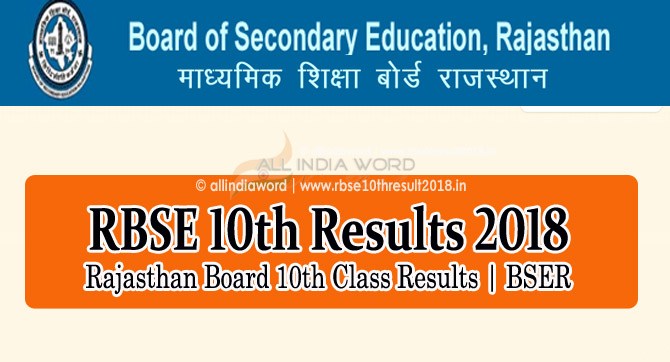 Board of Secondary Education Rajasthan, RBSE is expected to release the Rajasthan Board Result 2018 for Class 10th on June 10. The Board will release the Class 10 Result on the official website. Sources have shared the tentative dates, However there is no official confirmation yet. The candidates who have appeared in the examination will be able to check their result on rajresults.nic.in and rajeduboard.rajasthan.gov.in.

Students are informed that the dates are tentative and the result is expected on June 10 or in the third week of June. Any official confirmation regarding Rajeduboard Result 10th 2018 date and time as and when received would be duly updated on our page.

The Rajasthan Boards were conducted from March 15 to March 27, 2018. The board caught 415 centres as cheating-prone and took strict security measures to prevent students from copying and academic misconduct at these centres. CCTVs were installed and the conducted examinations were recorded on camera.

More than eight lakh students have appeared in the examination. Students can check the result on the official website rajresults.nic.in or rajeduboard.rajasthan.gov.in. The official website may take some time to load, hence the candidates are requested to be patient.