Malware is a collective term for any malicious software which enters system without authorization of user of the system. The term is created from merging the words  malicious‘ and  software‘.Malware is a very big threat in today‘s computing world. It continues to grow in volume and evolve in complexity. As more and more organizations try to address the problem, the number of websites distributing the malware is increasing at an alarming rate and is getting out of control. Most of the malware enters the system while downloading files over Internet.

Once the malicious software finds its way into the system, it scans for vulnerabilities of operating system and perform unintended actions on the system finally slowing down the performance of the system.

Malware has ability to infect other executable code, data/system files, boot partitions of drives, and create excessive traffic on network leading to denial of service. When user executes the infected file; it becomes resident in memory and infect any other file executed afterwards. If operating system has a vulnerability, malware can also take control of system and infect other systems on network. Such malicious programs (virus is more popular term) are also known as parasites and adversely affect the performance of machine generally resulting in slow-down.

Some malware are very easy to detect and remove through antivirus software. These antivirus software maintains a repository of virus signatures i.e., binary pattern characteristic of malicious code. Files suspected to be infected are checked for presence of any virus signatures. This method of detection worked well until the malware writer started writing polymorphic and metamorphic malware. These variant of malware avoid detection through use of encryption techniques to thwart signature based detection. Security products such as virus scanners look for characteristics byte sequence (signature) to identify malicious code. The quality of the detector is determined by the techniques employed for detection. A good malware detection technique must be able to identify malicious code that is hidden or embedded in the original program and should have some capability for detection of yet unknown malware. Commercial virus scanners have very low resilience to new attacks because malware writers continuously make use of new obfuscation methods so that the malware could evade detections.

Adware (short for advertising-supported software) is a type of malware that automatically delivers advertisements. Common examples of adware include pop-up ads on websites and advertisements that are displayed by software. Often times software and applications offer “free” versions that come bundled with adware. Most adware is sponsored or authored by advertisers and serves as a revenue generating tool. While some adware is solely designed to deliver advertisements, it is not uncommon for adware to come bundled with spyware (see below) that is capable of tracking user activity and stealing information. Due to the added capabilities of spyware, adware/spyware bundles are significantly more dangerous than adware on its own. 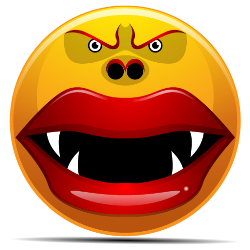 Bots are software programs created to automatically perform specific operations. While some bots are created for relatively harmless purposes (video gaming, internet auctions, online contests, etc), it is becoming increasingly common to see bots being used maliciously. Bots can be used in botnets (collections of computers to be controlled by third parties) for DDoS attacks, as spambots that render advertisements on websites, as web spiders that scrape server data, and for distributing malware disguised as popular search items on download sites. Websites can guard against bots with CAPTCHA tests that verify users as human.

In the context of software, a bug is a flaw produces an undesired outcome. These flaws are usually the result of human error and typically exist in the source code or compilers of a program. Minor bugs only slightly affect a program’s behavior and as a result can go for long periods of time before being discovered. More significant bugs can cause crashing or freezing. Security bugs are the most severe type of bugs and can allow attackers to bypass user authentication, override access privileges, or steal data. Bugs can be prevented with developer education, quality control, and code analysis tools.

Ransomware is a form of malware that essentially holds a computer system captive while demanding a ransom. The malware restricts user access to the computer either by encrypting files on the hard drive or locking down the system and displaying messages that are intended to force the user to pay the malware creator to remove the restrictions and regain access to their computer. Ransomware typically spreads like a normal computer worm (see below) ending up on a computer via a downloaded file or through some other vulnerability in a network service.

A rootkit is a type of malicious software designed to remotely access or control a computer without being detected by users or security programs. Once a rootkit has been installed it is possible for the malicious party behind the rootkit to remotely execute files, access/steal information,

modify system configurations, alter software (especially any security software that could detect the rootkit), install concealed malware, or control the computer as part of a botnet. Rootkit prevention, detection, and removal can be difficult due to their stealthy operation. Because a rootkit continually hides its presence, typical security products are not effective in detecting and removing rootkits. As a result, rootkit detection relies on manual methods such as monitoring computer behavior for irregular activity, signature scanning, and storage dump analysis. Organizations and users can protect themselves from rootkits by regularly patching vulnerabilities in software, applications, and operating systems, updating virus definitions, avoiding suspicious downloads, and performing static analysis scans.

Spyware is a type of malware that functions by spying on user activity without their knowledge. These spying capabilities can include activity monitoring, collecting keystrokes, data harvesting (account information, logins, financial data), and more. Spyware often has additional capabilities as well, ranging from modifying security settings of software or browsers to interfering with network connections. Spyware spreads by exploiting software vulnerabilities, bundling itself with legitimate software, or in Trojans.

A Trojan horse, commonly known as a “Trojan,” is a type of malware that disguises itself as a normal file or program to trick users into downloading and installing malware. A Trojan can give a malicious party remote access to an infected computer. Once an attacker has access to an infected computer, it is possible for the attacker to steal data (logins, financial data, even electronic money), install more malware, modify files, monitor user activity (screen watching, keylogging, etc), use the computer in botnets, and anonymize internet activity by the attacker.

Computer worms are among the most common types of malware. They spread over computer networks by exploiting operating system vulnerabilities.

Worms typically cause harm to their host networks by consuming bandwidth and overloading web servers. Computer worms can also contain “payloads” that damage host computers. Payloads are pieces of code written to perform actions on affected computers beyond simply spreading the worm. Payloads are commonly designed to steal data, delete files, or create botnets. Computer worms can be classified as a type of computer virus, but there are several characteristics that distinguish computer worms from regular viruses. A major difference is that computer worms have the ability to self-replicate and spread independently while viruses rely on human activity to spread (running a program, opening a file, etc). Worms often spread by sending mass emails with infected attachments to users’ contacts.

While these types of malware differ greatly in how they spread and infect computers, they all can produce similar symptoms. Computers that are infected with malware can exhibit any of the following symptoms: