In this post we learn to manage environment variables in the shell. These variables are often needed by applications.

These are some examples using $HOSTNAME, $USER, $UID, $SHELL, and $HOME. 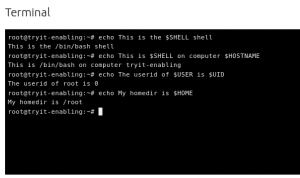 This example shows that shell variables are case sensitive! 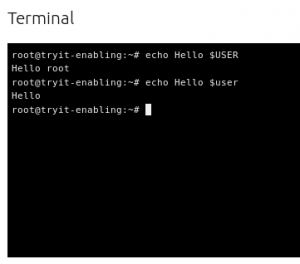 This example creates the variable $MyVar and sets its value. It then uses echo to verify the value. 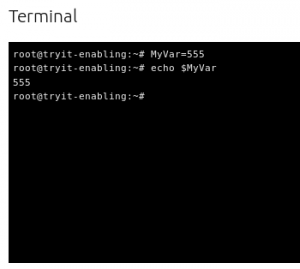 Notice that double quotes still allow the parsing of variables, whereas single quotes prevent this. 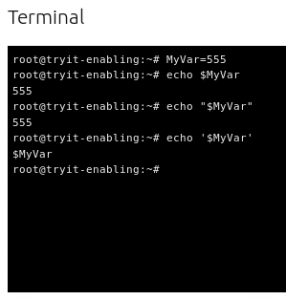 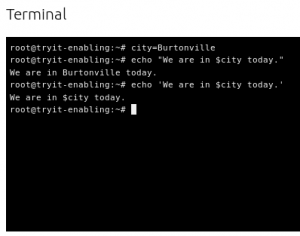 Use the unset command to remove a variable from your shell environment. 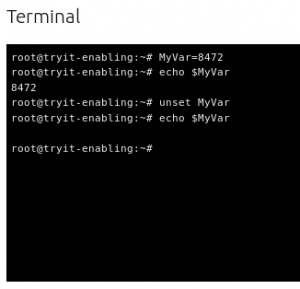 The $PATH variable is determines where the shell is looking for commands to execute (unless the command is builtin or aliased). This variable contains a list of directories, separated by colons. 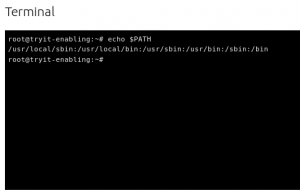 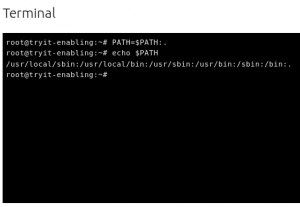 Your path might be different when using su instead of su – because the latter will take on the environment of the target user. The root user typically has /sbin directories added to the $PATH variable.

The env command without options will display a list of exported variables. The difference with set with options is that set lists all variables, including those not exported to child shells.

But env can also be used to start a clean shell (a shell without any inherited environment).

The env -i command clears the environment for the subshell. Notice in this screenshot that bash will set the $SHELL variable on startup. You can export shell variables to other shells with the export command. This will export the variable to child shells. 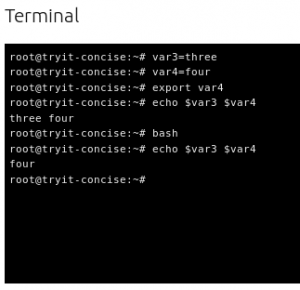 Until now, we have seen that bash interprets a variable starting from a dollar sign, continuing until the first occurrence of a non-alphanumeric character that is not an underscore. In some situations, this can be a problem. This issue can be resolved with curly braces like in this example. 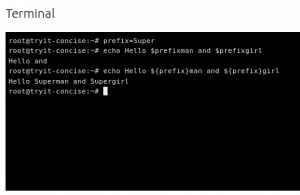 The example below tries to display the value of the $MyVar variable, but it fails because the variable does not exist. By default the shell will display nothing when a variable is unbound. 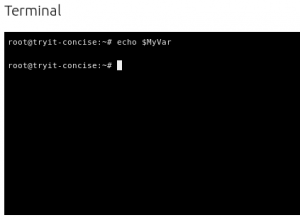 working with files
For any query or issue, feel free to discuss on http://discuss.eduguru.in