You can categorize a session hijacking attack as either an active attack or a passive attack. Let’s look at both.

Active Attack A session hijacking attack is considered active when the attacker assumes the session as their own, thereby taking over the legitimate client’s connection to the resource. In an active attack the attacker is actively manipulating and/or severing the client connection and fooling the server into thinking they are the authenticated user. Additionally, active attacks usually involve a DoS result on the legitimate client. In other words, they get bumped off and replaced by the attacker. Figure 1 shows what this kind of attack looks like. 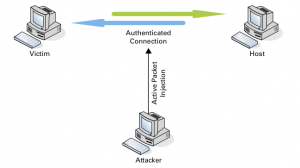 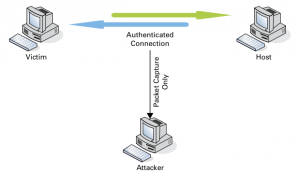 Preparing Yourself for Face-to-Face Attacks