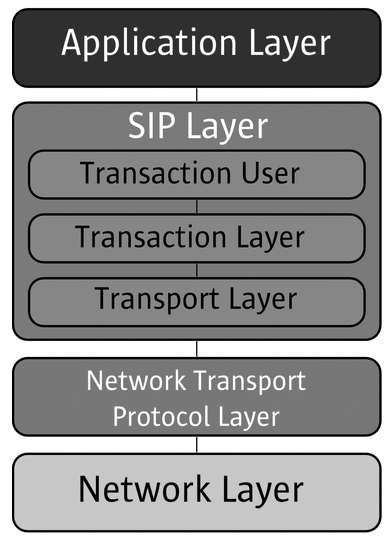 Session Initiation Protocol (SIP) is one of the most common protocols used in VoIP technology.

What is VoIP Technology

Before moving further, let us first understand a few points about VoIP.

Where Does SIP In Network Layer?

Basically SIP is an application layer protocol. It is a simple network signalling protocol for creating and terminating sessions with one or more participants. The SIP protocol is designed to be independent of the underlying transport protocol, so SIP applications can run on TCP, UDP, or other lower-layer networking protocols.

Typically, the SIP protocol is used for internet telephony and multimedia distribution between two or more endpoints. For example, one person can initiate a telephone call to another person using SIP, or someone may create a conference call with many participants.

The SIP protocol was designed to be very simple, with a limited set of commands. It is also text-based, so anyone can read a SIP message passed between the endpoints in a SIP session.